Catwalk 2016 raises more than $370k for childhood and ovarian cancer

The sold-out crowd was immersed in a beach theme for the evening, weaving around a carefully crafted sand dune within the exposed-brick walls of Merino’s furniture warehouse in Mooresville, N.C. The scent of hydrangeas mixed with wafts of shrimp tacos and every possible beach-going fare and cocktail.

“I have never, in my four years of managing this event, seen everyone involved, so engaged and – even when inconvenienced by long bathroom lines or drink lines – just filling the room with joy,” said Sandy Plemmons, executive director of the Martin Truex Jr. Foundation. “Tonight, this crowd enabled us to really make a difference in this fight.”

While funds raised will go to local efforts to research and treat childhood and ovarian cancers, every attendee came away with priceless awareness and a newly wedged place in their heart for families touched by cancer. The evening included a tribute to the four Catwalk heroes lost in the past year to the disease: Elijah, Jeramiah, Grace and Torie. But tears of grief gave way to tears of hope and love.

Nine brave little souls traipsed across the catwalk tonight with personality to spare, some arm-in-arm with famous, beloved NASCAR drivers who often just melted into the background. Nine young cancer survivors modeled clothes from Belk and bravery from within.

The children were the stars of the evening – exactly what Martin and Sherry intended.

Before the event kicked off, Molly Grantham, evening anchor for Charlotte’s WBTV and volunteer emcee for the evening, introduced herself to Sherry backstage, amid children kicking beach balls and weaving around adults. Sherry replied with a grin and a hug, “I know who you are!” So many lives and talents intersected and overlapped and all promised to never, ever exist in the same way again. If cancer steals lives, Catwalk heals hearts, even just a bit.

At one point, the live auction raised $81,000 in just 20 minutes. “I was bawling,” Sherry said when not one but three drivers pledged $16,000 a piece for artwork by Jeffrey Owen Hanson.

During an event that celebrated life while memorializing lost Catwalk heroes, emotions were often raw and held at bay. While more than 600 attendees watched videos of past and present Catwalk heroes, Sherry and Martin worked to keep the kids backstage distracted, entertained and happy. Hugs. Beach balls. Giggles. Impromptu dance parties. Anything to keep the kids energized and unaware of the reality outside the curtains.

That reality included a lot of tears. Men and women alike clenched their jaws and fought back tears as they watched photomontages of children bearing the signs of treatment but always smiling. Some let the tears flow freely. Nothing drives home perspective like seeing a child loving life after edging so close to death.

But the evening was punctuated by levity, too. Amid testimonies of tubes and pills, these brave sweethearts also bared their real feelings on, well, Sam’s aversion for applesauce, for example. Natalia shuddered at the thought of blood draws. Ava squealed with contagious belly laughter. Chloe worked the catwalk like a seasoned model who just returned from Paris.

Backstage, a cadence of once-in-a-lifetime moments rolled on: 13-year-old BreeLee and Logano stood with their heads together, talking seriously. Junior joked with the littles, causing a little bit of havoc but drawing smiles and giggles that make rule breaking worth it. Six-year-old Davis seemed to dance nonstop all night. Seven-year-old Braylon’s splash of red hair reminded returning guests of the fiery hair sported by Elijah on the very same stage last year, months before losing his battle on Nov. 10, 2015. The youngest Catwalk Hero, 3-year-old Leland, smiled shyly but walked the runway bravely on his own at times.

Unequivocally, one moment brought all the emotions home. Sherry and 5-year-old Ava popped out onto the catwalk just like any duo ready to take the walk. But, Sherry crouched down, face-to-face with a beautiful girl whose survival from cancer was just one of many miracles in the spotlight at Catwalk.

They huddled, seemingly discussing how Sherry should wear her flowing golden curls, which almost touched the stage as they debated. Finally, Ava, sporting her own short locks after losing her hair to cancer treatment, wagged her finger and Sherry emphatically agreed.

In a split second, Ava tore off Sherry’s wig and the two beautiful souls danced down the Catwalk together, strutting, skipping and feeling free.

“That was cool,” Sherry said after the show. “It was empowering to be able to walk out and own who I am. I have so much in common with these kids now. I’ve been through cancer and that’s what it looks like.

“I can teach them how to be a warrior and to be strong and to keep going even when you feel like you can’t take one more treatment. This was my new beginning. This is my new normal.”

One of Sherry’s dearest friends, Krissie Newman (wife of NASCAR driver Ryan Newman, who walked the Catwalk with 5-year-old Brynn) watched Sherry’s wigless march through tears. “Seeing her walk across stage tonight with her short-short hair was beautiful and inspiring,” she shared. “She has found the beauty in a very ugly disease and she is using that to help other people. She found an inner strength to share her message and be a role model for these kids, and everyone in that room.”

Did little Ava understand the magnitude of a woman known for her long blonde hair ripping off that layer in front of hundreds and owning it? Didn’t seem like it, which was exactly the way Sherry wanted it to be.

The show had been over for nearly an hour and kids were still tossing beach balls across the catwalk, more energized by hours of “work” than any amount of sleep could give them.

Sherry was swarmed by friends and loved ones inside the VIP ropes, and Martin couldn’t keep his eyes off her. Tonight wasn’t just another Catwalk. Perhaps it was the most emotional, heart wrenching, soul-restoring event the couple had ever experienced.

“It’s just crazy, you know, I mean I don’t even know how to say it,” Martin said. “We’re just so thankful that everyone has really embraced us and, honestly, it’s because of the kids. We found a way to make the kids the stars of the show and show them how to have fun with this.”

“Kids out here are battling cancer – and they live life having more fun than anyone else around them. That’s what is so inspiring about it, that’s what makes people come out and love what we’re doing.”

“Watching Sherry take off the wig and walk hand-in-hand with her little counterpart felt… right. Hard to explain. But it all seemed so natural,” Grantham shared after the show. “The sight couldn’t have been more powerful, beautiful and uplifting all at once.

“Many of the kids who walked the Catwalk are #MollysKids, and many of those who couldn’t be here this year, who we remembered fiercely, were also kids we’ve followed and loved through www.facebook.com/WBTVMollyGrantham. The battles are a tough thing. But they’re real. It can hit you hard. It makes you want to go home and hug your own children tightly.”

Sherry’s family beamed with pride through their own tears. Her mom, Sharon: “The wig… I hadn’t seen her hair yet. It was amazing. She’s beautiful. I’m so proud of her for coming out like that. That had to be hard for her. That was her coming out moment, and I was so proud of her.”

Sherry’s sister, Jill, credited Ava for boosting Sherry’s courage. “She needed Ava there – that gave her strength,” she said.

Sherry, in her down-to-earth, what-you-see-is-what-you-get way, joked with friends about “looking like a boy” with the freshly sprouting locks on her head.

But the boy who mattered most – Martin – had his own take on her performance: “When she went out there without her wig on, I was like, ‘DAMN I am goin’ home with her tonight!’” 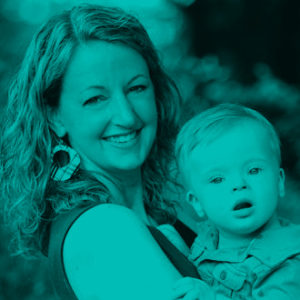 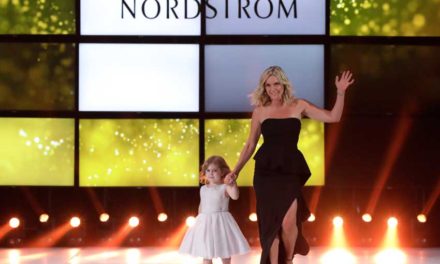 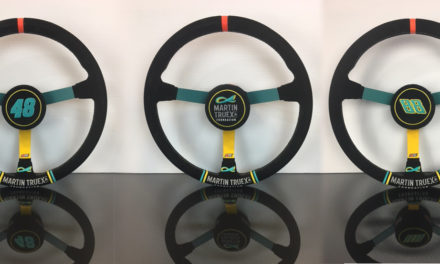